• According to him, the decision that Government has taken despite international pressure was to protect the assets of ECG.

• The Government has been committed and will be committed that there would be no interruptions in power supply, he noted.

• He stated that it is never true that the transaction was botched by some “machinations of Government.”

The Government of Ghana has denied that it acted negligently in negotiating and signing onto the the Power Concession Agreement with the Power Distribution Services (PDS).

Government late last week announced its intention to terminate PDS Contract, months after it claimed that it had detected breeches in the PDS deal.

The termination decision follows a meeting between the Secretary to President Akufo-Addo, Nana Bediatuo Asante, and Mr. Ofori-Atta on one hand, and the Principal Deputy Vice President of MCC, Kyeh Kim, and the Resident Country Director-Ghana of the MCC, Kenneth Miller, on the other hand, held in Washington DC on Friday, October 18, 2019.

Critics have chastised Government for not acting in the best interest of Ghana in the negotiation, and signing of the power concession.

There has also been reports that some ‘elements’ within Government were scheming to take over the management of the Electricity Company of Ghana (ECG) after the termination of PDS deal.

But Information Minister, Kojo Oppong Nkrumah, briefing journalists in Accra on Wednesday, October 23, 2019, said the Government of Ghana has never been negligent.

According to him, the Government of Ghana has at all times worked with Millennium Challenge Corporation (MCC) in structuring this transaction in the best interest of Ghanaians.

“No effort to get Ghana a good deal has been spared,” he said.

He stated that it is never true that the transaction was botched by some “machinations of Government.”

“Government has not been up to any machinations,” according to him.

“The intent has been to ensure efficiency in the ECG turnaround program and the fulfilment of the broader Compact all along,” Mr. Oppong Nkrumah noted.

The Government holds the view that in transactions of this nature, Ghana and Ghanaians should be given an opportunity to get a deep end of the stake as much is possible, according to him.

Again, he argued that there was nothing wrong with switching from bank guarantees to insurance guarantees.

He noted that in the coming days, the Finance Minister would be coming out with plans on private sector participation in the energy sector.

Ghana on August 4, 2014, during the Mahama’s administration signed up to the Concession.

The Government of President Nana Akufo-Addo, Mr Oppong Nkrumah observed, believes that any transaction of this kind should be structured to give Ghanaians and Ghana a significant share.

That, he said, resulted in the current government lifting Ghana’s share from 20 to 51 percent.

According to him, the decision that Government has taken despite international pressure was to protect the assets of ECG.

The Government has been committed and will be committed that there would be no interruptions in power supply, he noted.

Touching on the outcomes of the meeting in the US, he said the Government of Ghana and the United States Government have come to a conclusion on the resolution of residual matters of the Compact II agreement

The Government of Ghana has elected to terminate the concession agreement with PDS Limited which was the properly selected concessionaire for the private sector participation in the ECG turnaround program, he noted.

In return, he said, the US side has de-obligated to make available the outstanding $190 million in the entire $498 million Compact

The Ghanaian and American sides regretted that they could not find a mutually agreeable path to have concluded the utilization of the full $498 million, according to him.

“On the Ghana side, we are not able to compromise because we advised and we believe same to be true that the concessionaire failed as initially suspected to meet a material and fundamental term of the concession agreement which was to deliver and maintain valid payment Securities for the transfer of assets,” the Minister pointed out.

On the American side, he said, though the insurers have indicated that they do not intend to stand by the purported guarantees, the view is that a termination is unwarranted and a restructuring will be more tolerable

The two sides were not able to agree on a common path to resolve the matter.

The Government of Ghana consequently, from 9:30am today (October 23) is commencing the process to terminate PDS deal.

The necessary documentations are being filed with PDS and Energy Commission, he revealed.

According to him, residual matters with ECG and PDS would be resolved with dispatch.

This for the avoidance of doubt has not been a crisis of confidence it has been a difference in opinion which we have all mutually agreed to respect, he clarified.

Government in August this year suspended the PDS Concession and Information Minister, Kojo Oppong Nkrumah, announced to journalists that within 30-days, a fact-finding Committee set up by Government would come out with its findings on the alleged breeches of the power concession by PDS.

The Committee is yet to come out with its findings since then. 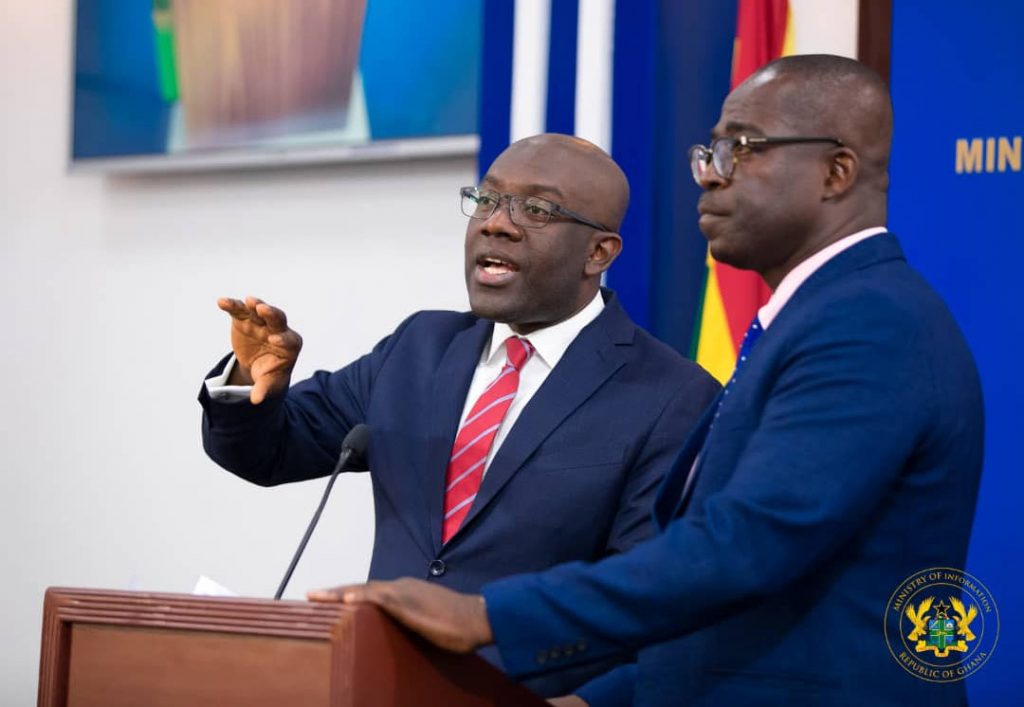 The Millennium Challenge Compact (the Compact) was signed on August 4, 2014 between the MCC acting on behalf of the Government of the United States. and the Government of Ghana acting through the Finance Minister.

A key condition under the private sector arrangement was to introduce a concessionaire into the distribution sector, who would inject private capital into the operations of the Electricity Company of Ghana.

The two key advisors to the managers of the Compact, the Millennium Development Authority (MiDA), were the International Finance Corporation (IFC) and Hunton and Williams, an international law firm based in New York.

Through an international competitive tender, Meralco of the Philippines was selected as the concessionaire, the document recounts.

In order to satisfy the local content requirement under the transaction, a special purpose vehicle, Power Distribution Services, was incorporated in Ghana to be the operator, with PDS shareholding being Meralco (Philippines) 30 percent shares; AEnergia S.A. (Angola) 19 percent shares; GTS Engineering Services of Ghana, Santa Baron Ventures of Ghana and TG Energy of Ghana – together 51 percent shares.

Over 40 conditions precedent, five considered critical were required to be fulfilled by PDS under the LAA and BSA. 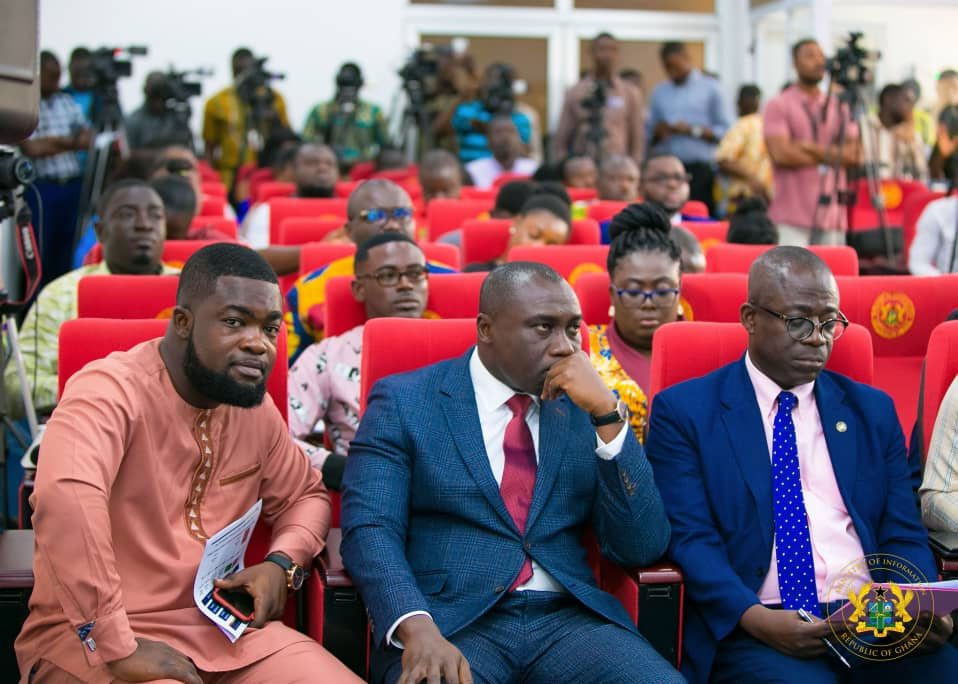 They were preconditions to the occurrence of the Transfer Date and the exercise of the rights and obligations of the parties, and in terms of the Transaction Agreements, constituted security for PDS’ obligations under the BSA and LAA, according to the document.

Conditions Precedent 24 and 31 required PDS to furnish to ECG payment securities in the form of either a Demand Guarantee or a Letter of Credit issued by a Qualified Bank, it noted.

Owing to difficulties experienced with raising a bank guarantee, PDS formally requested MiDA to accept a demand guarantee issued by an A-rated insurance company, it said.

Upon the advice of IFC and Hunton and Williams, the MiDA Board accepted the request of PDS, it added. 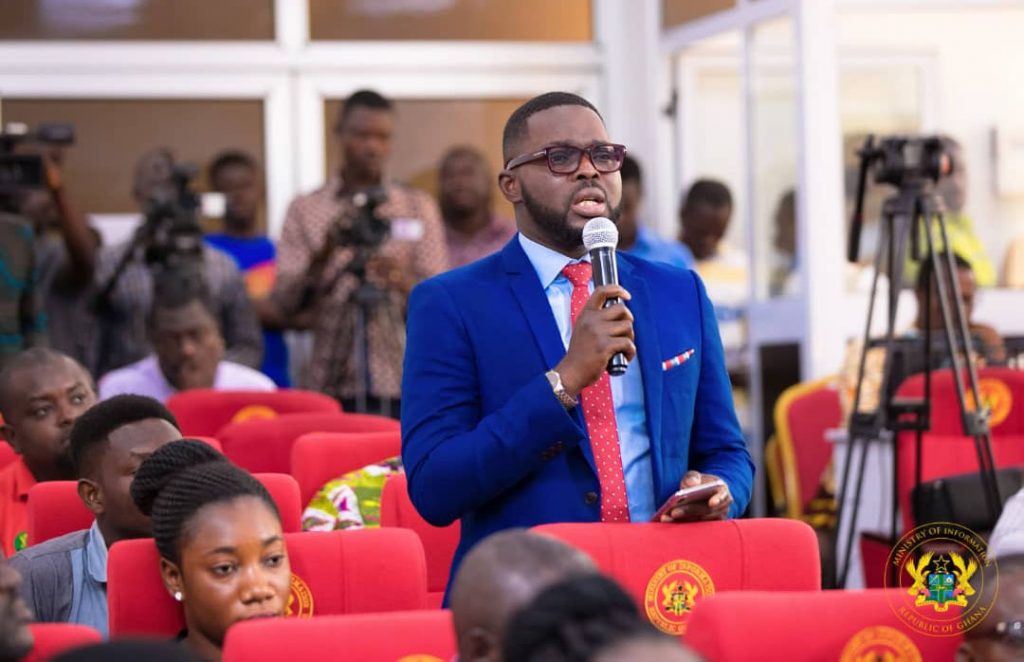 Following failure to receive satisfactory confirmation by IFC and Hutton and Williams of whether adequate due diligence had been performed on the validity of the Demand Guarantees purportedly issued by Al Koot, by a letter dated 28th February, 2019, ECG took the initiative to ascertain from Al Koot itself proof of or confirmation of the due authorisation for the execution of the Demand Guarantees by that firm.

ECG also requested Al Koot to confirm compliance with relevant laws and regulations to which the Demand Guarantees would be subject, in relation to the substantial exposure in the total sum of $350, 000, 000.00) that Al Koot had undertaken in favour of ECG, it said.